Olivier Oullier, PhD, is an expert on the behavioural and brain mechanisms of decision-making and the use of this newly found knowledge in improving strategy, risk management, policy-making and communication.

He designs and implements scientific studies and field experiments  on behavior and system change strategies for public and private institutions thanks to his experience in scientific research, policy making and corporate consulting. Building on laboratory and field research in psychology, behavioral economics, complex systems and neuroscience, Olivier and his team have developed new operational methods to improve engagement and facilitate the adoption of behaviors that improve people’s health and well being at the individual and collective levels.

In 2011, the World Economic Forum (WEF / Davos) named him a Young Global Leader: an honour bestowed to “recognize and acknowledge the most extraordinary leaders of the world under the age of 40”. He is now the vice-chair of the WEF’s Global Agenda Council on Neuroscience and Behavior and the founding curator of the WEF’s Global Shapers hub in Marseille (France).

Olivier has authored more than 100 publications in top scientific journals and mainstream newspapers and magazines. He holds a chair of Individual Differences in Human Behavior at Aix-Marseille University where he is a full professor of behavioral and brain sciences.   Thanks to his research and experience, Olivier introduced the concepts of “emorationality” and “embodied economics” as illustrated in two of his most recent publications on behaviour change: “Improving public health prevention with behavioural, cognitive and neuroscience” (that includes a contribution co-authorded with Richard Thaler, Robert Cialdini and Sendhil Mullainathan). This report published in 2010 has recently been acknowledged by an independent evaluation commission as the trigger  and “Green nudges: new incentives to ecological behaviour”.

He has delivered keynotes, taught and/or consulted in more than 30 countries for top institutions and governments. He is also a regular contributor to international media including a recent Op-Ed in the New-York Times on the power of negative thinking in information diffusion. Since 2012, he has been a columnist for France’s leading economic newspaper Les Echos.

From 2009 to 2012, Olivier was a scientific adviser to the Center for Strategic Analysis of the Prime Minister of France –a consulting and research institution in charge of advising the French Government- where he has been heading the “Neuroscience and public policy program”. This unique initiative investigated how a better understanding of human behaviour could help develop more efficient policies in health prevention, sustainable consumption, economics, law, finance, education, law and ethics and improve well-being. He testified several times before the French Parliament on these issues.

In 2012, he contributed to the World Economic Forum’s Global Risk report and the Designed to move campaign and report. He was also a key contributor to Weber Shandwick’s Science of Engagement report and strategy. The Holmes Report acknowledged the key role played by the Science of Engagement in Weber Shandick receiving the Global Agency Award of the Year: “The firm produced perhaps the most interesting piece of thought leadership of the past 12 months with its Science of Engagement report, which applied learnings from the fields of neuroscience, psychology and anthropology to the need for engagement, uncovering 10 principles for successful engagement.”

A core member of the The Virtual Brain Project -an international non-profit scientific consortium that aims to shed new light on critical issues in brain functioning thanks to theoretical neuroscience-, Olivier was also a member of the steering committee of the Presidential Obesity Research Plan. He also serves on the scientific committee of the International Association for Law, Ethics and Science, of the High Council for Strategic Education and Research and the advisory board of NGO Live Council. He is also the Global Dignity country chair for France.

Trained in neuroscience, complex systems, psychology, human movement science and economics, Olivier holds a first PhD from the University of the Mediterranean on self-organization in human coordination dynamics  and is currently finishing a second one at the Ecole des Hautes Etudes en Sciences Sociales on the embodied nature of trust dynamics. 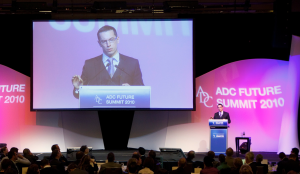