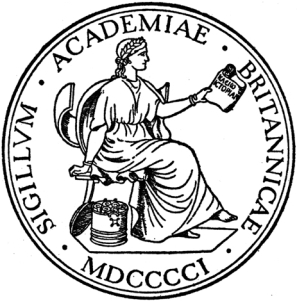 On June 14, 2012, I had the honor to be invited to be an invited speaker at the prestigious British Academy for the Nudge and Beyond: Behavioural Science, Policy and Knowing What Works event organized by The British Academy Policy Centre and the Behavioural Insights Team of the Cabinet Office. I spoke about my experience with the French Government and policy making system as the head of the Neuroscience and Public Policy program at the Center for Strategic Analysis (CAS) of the French Prime Minister. I also share some early results of the functional MRI study that we did with Frédéric Basso (and other colleagues) on Food Imitating Products.

Richard Thaler delivered a keynote speech looking at the ways in which behavioural science has progressed since the publication of the influential book Nudge in 2008. He was introduced by Lord O’Donnell, former Cabinet Secretary and Chair of the Behavioural Insights Team’s Academic Advisory Panel. Afterwards David Halpern, Director of BIT and Chief Strategy Advisor, 10 Downing Street, presented the findings of BIT and addressed its forthcoming challenges.

This one day event, focused upon the application of behavioural science to public policy since the establishment of the Behavioural Insights Team (BIT) in July 2010 by the Prime Minister. BIT also launched their new report Test, Learn, Adapt that day. I have to say that the British Government has been -and still is- leading in using behavioral insights in improving policy making. Many governments should look at what they have done -and are doing. We first started to interact in 2010 when the BIT was created and came in July to the CAS. We then had a great meeting at N°10 Downing Street in November that year.

The programme also featured presentations on the most recent experiments in behavioural science, covering such topics as crime, energy use, sustainable consumption and public health.

All the videos of this unique meeting here

Sources: Portions of this text are adapted from online material provided by The British Academy